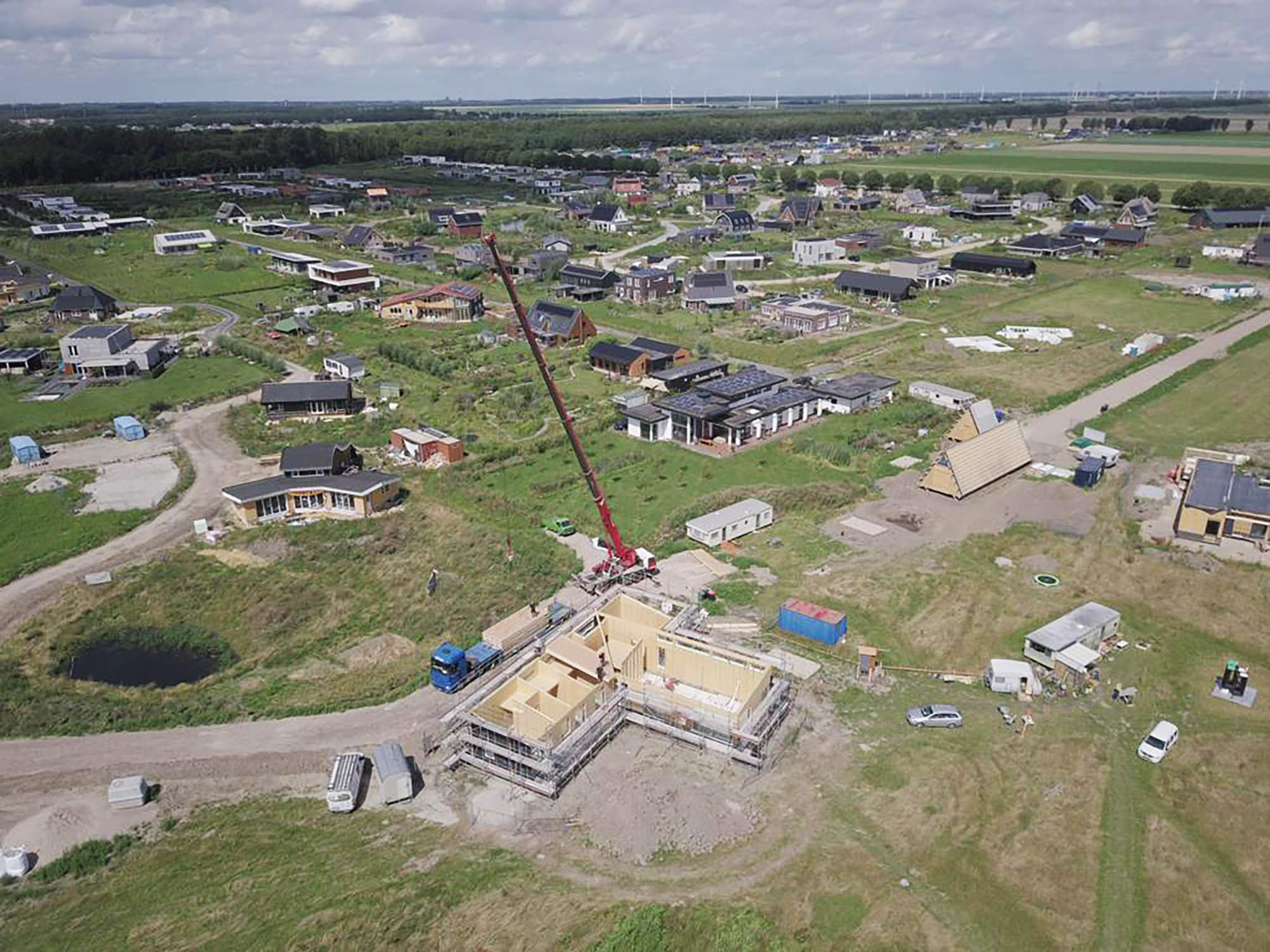 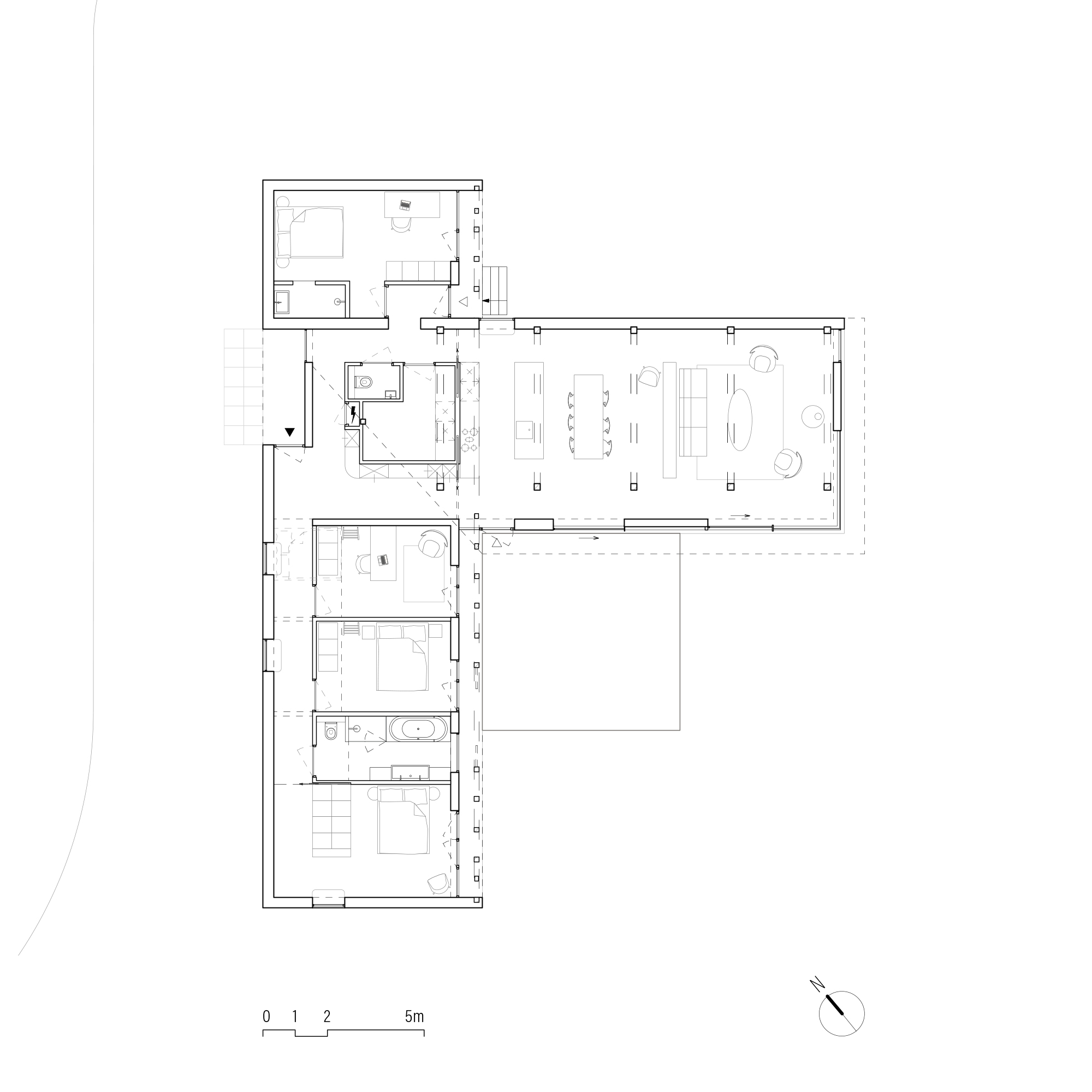 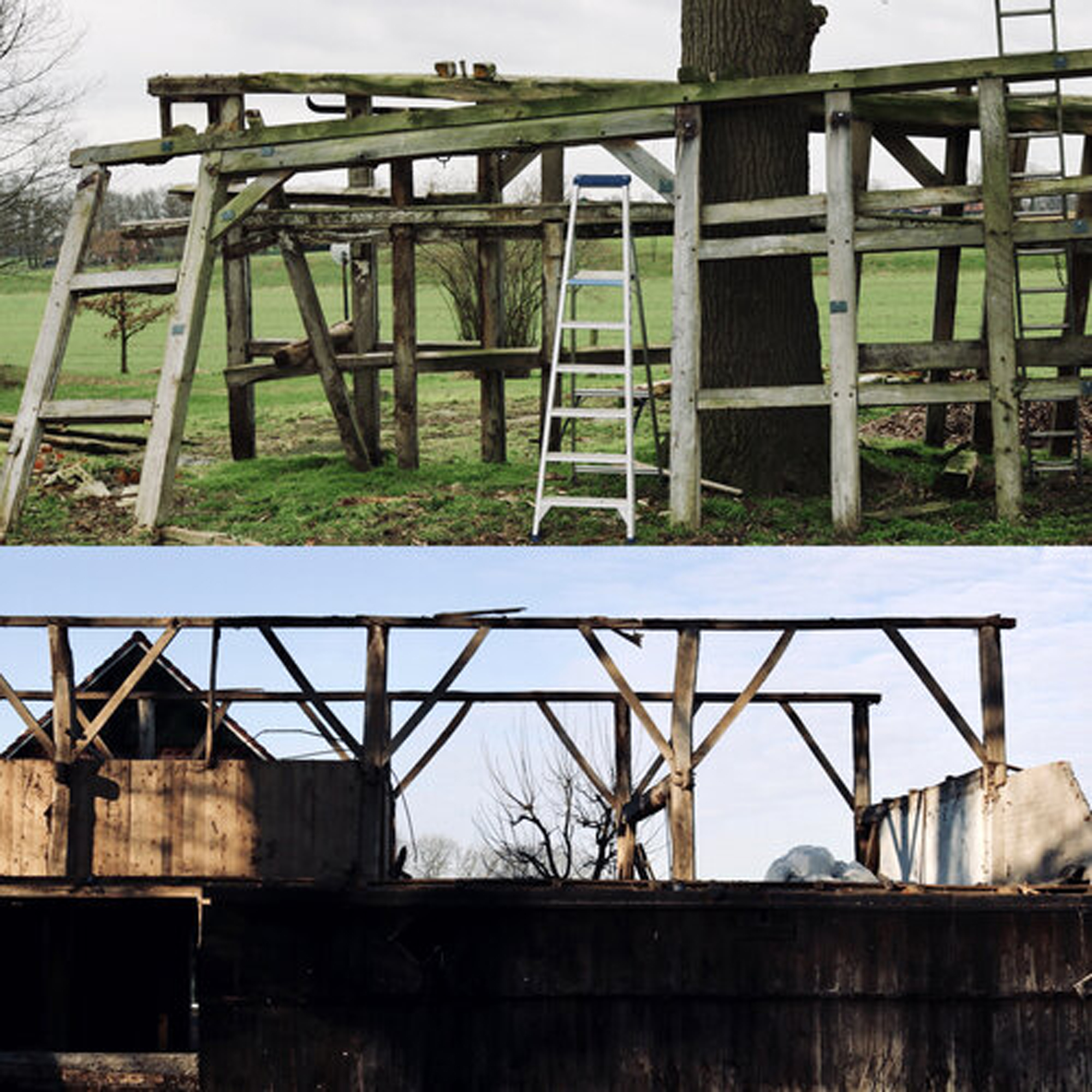 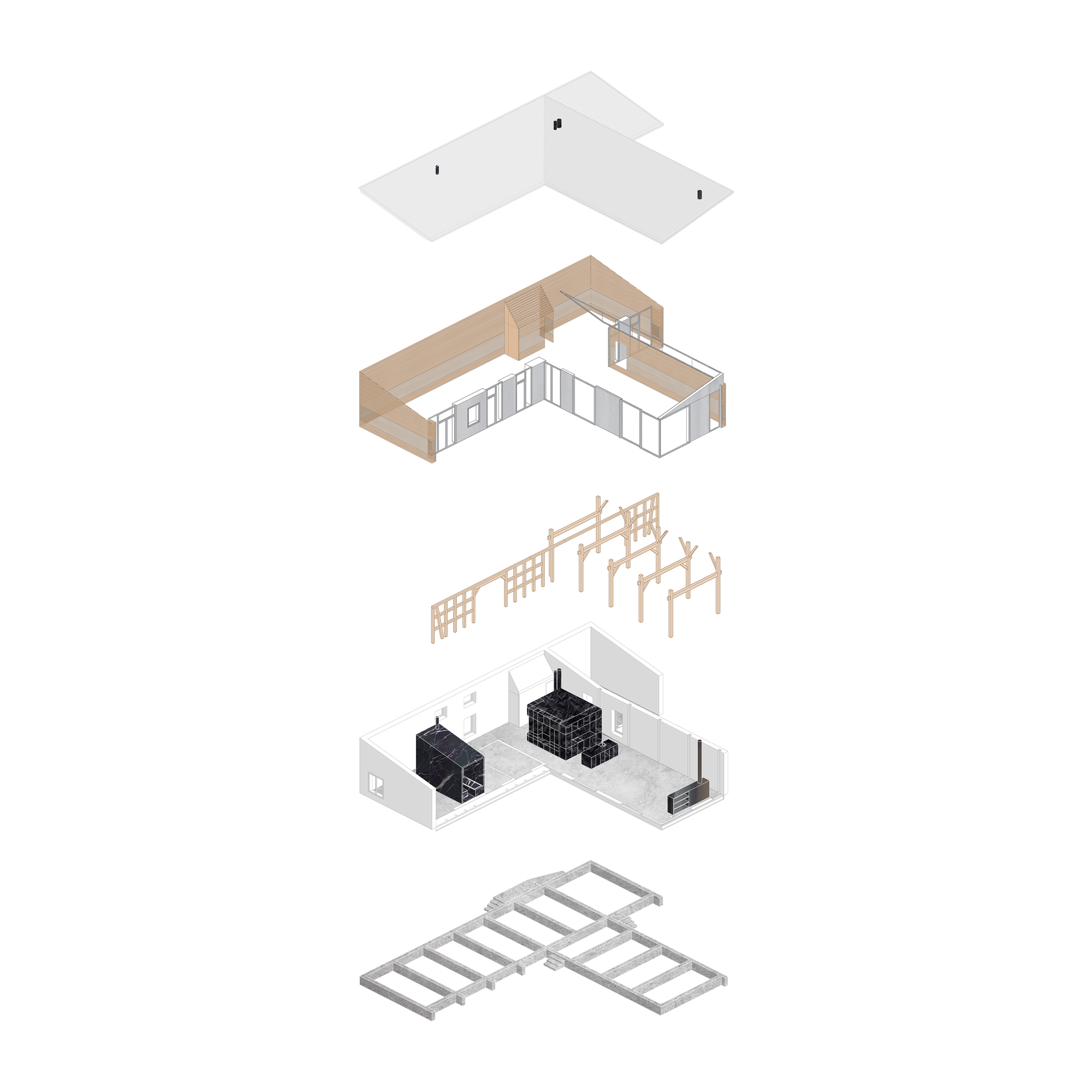 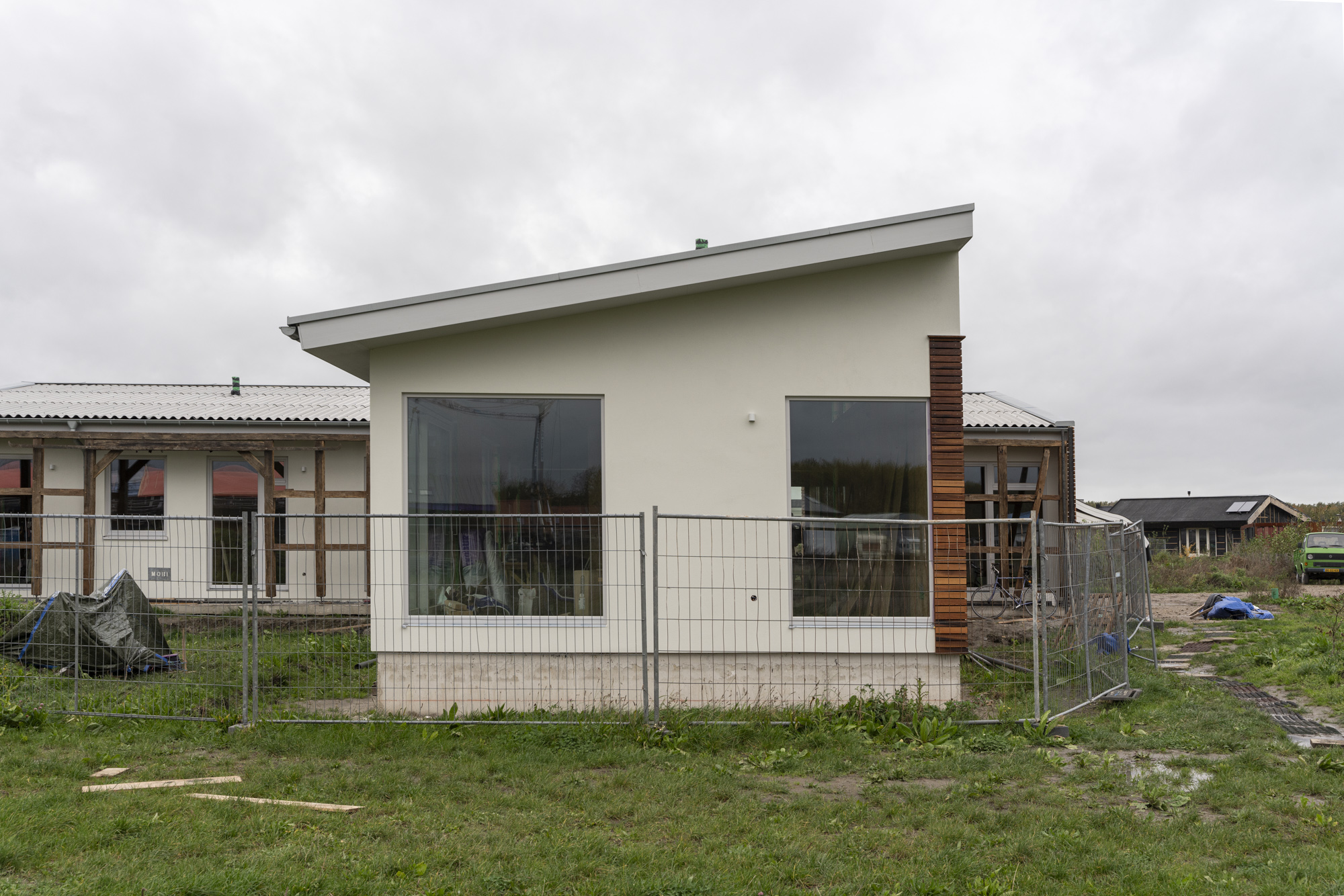 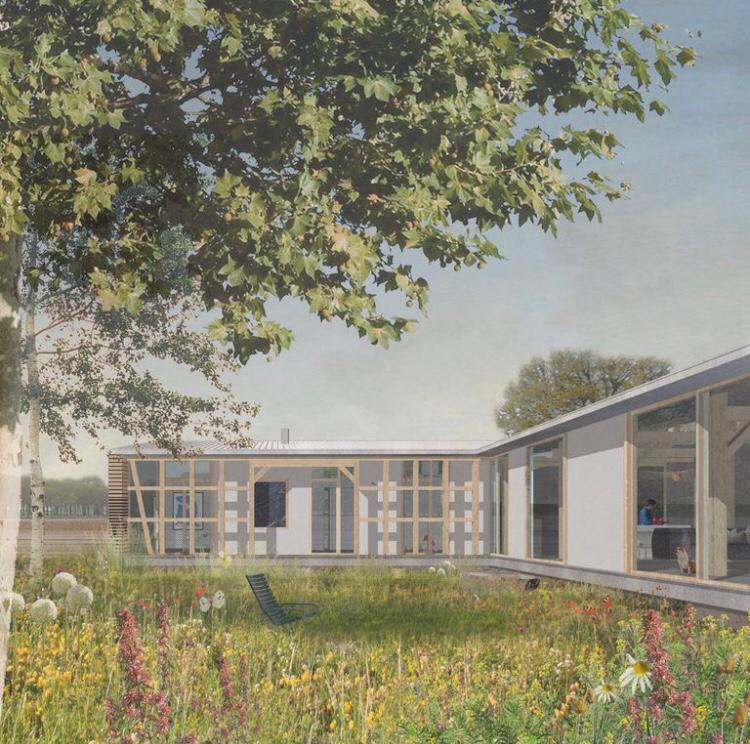 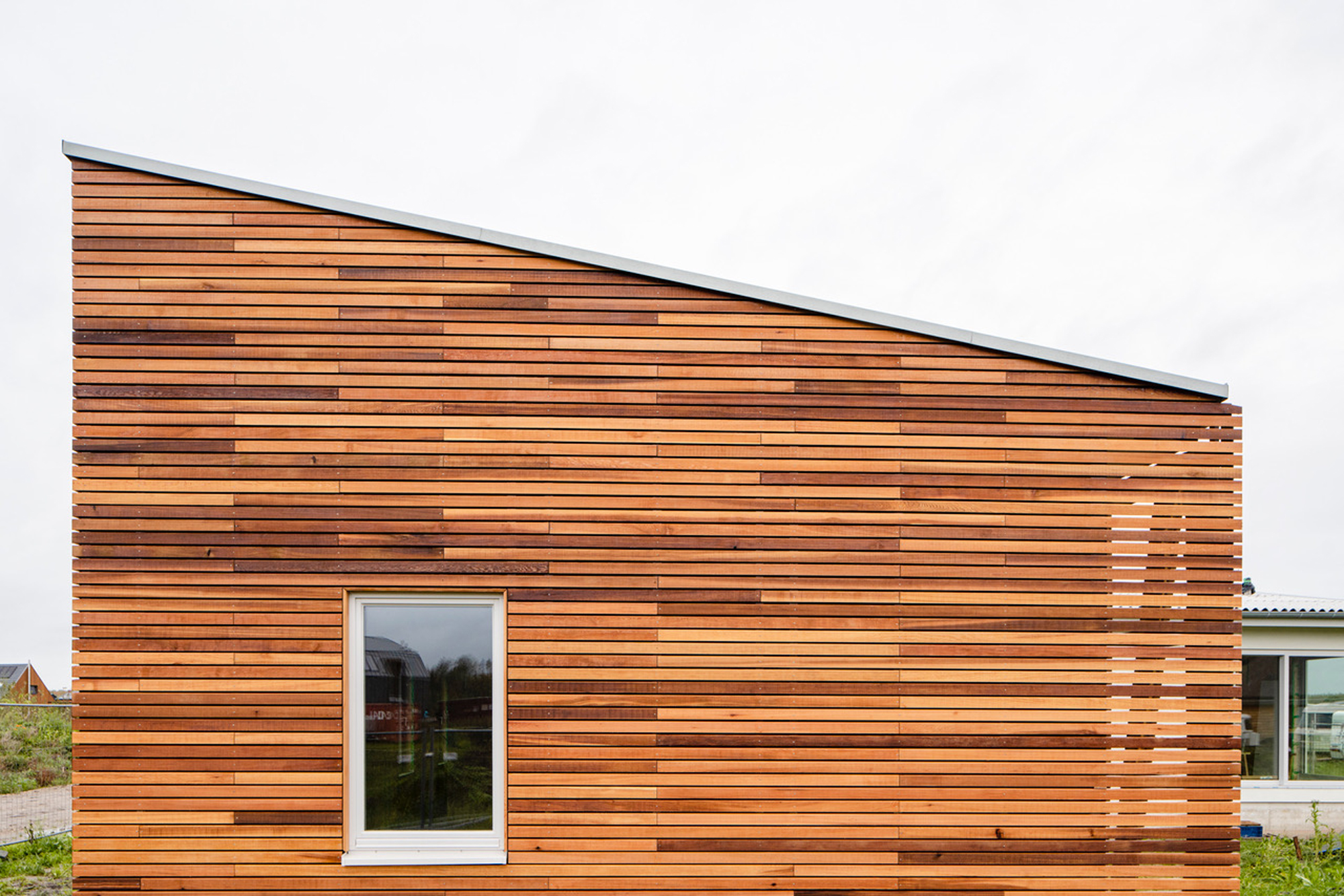 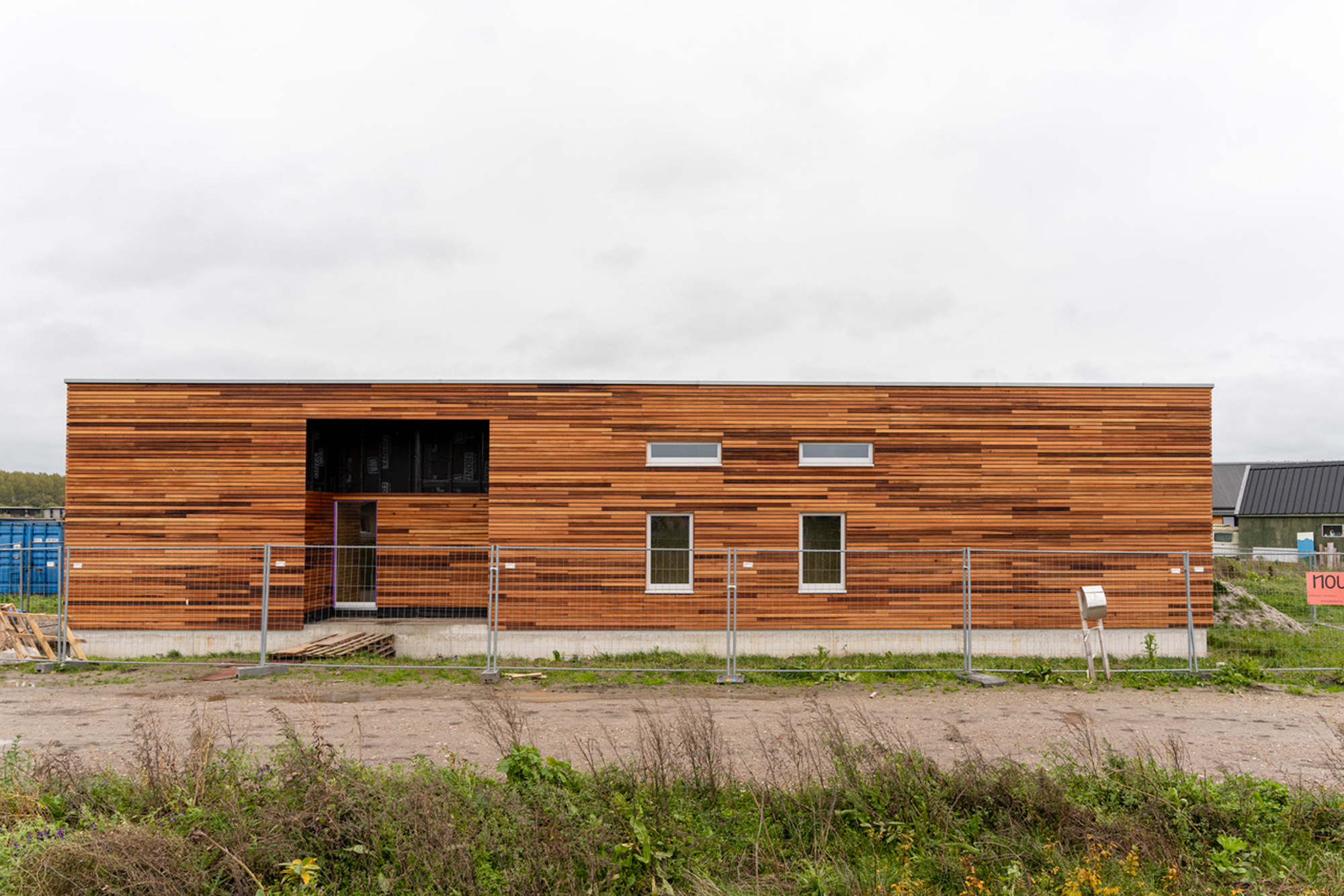 This projects started with a plot of land at Almere Oosterwold, an organically growing, low-density area with a specific set of rules: the size of the plot dictates the maximum size of the house, new owners need to build their own roads & sanitation system and 50% of the plot must be dedicated to urban farming. The clients wishes where a single story house, the re-use of two already reclaimed oak structures and a reference to the mid-century Case Study Houses.

We first divided the house into two parts: a living and a sleeping part, and placed them perpendicular to each other. It is orientated to get the morning sun on the bedrooms and evening sun on the living area. The shaded back side is facing the road and is mainly closed, which gives the house its two strongly different approaches. Entering the house through this closed wall enhances the experience of entering the spacious and light flooded living areas. The roof slopes down from the back to the front, giving a good orientation for the solar panels. The cantilevered roof provides natural shading, so does the half-timbered construction which also gives privacy to the bedrooms.

The Case Study House reference was perceived in the concept of an adaptable structure where we have no internal load-bearing walls, made possible by using the reclaimed wooden structures. Internally it is organized by three main elements: the technical area in the centre, the bathroom at the sleeping area and a fireplace in the living area.

Due to construction methods and building costs, this structural concept was unfortunately revised, but the internal concept still holds. The main structure was prefabricated in Germany and assembled on site in one week. The clients are applying all exterior and interior finishes themselves and soon they’ll be living (happily ever after) in their (almost) off-grid house. 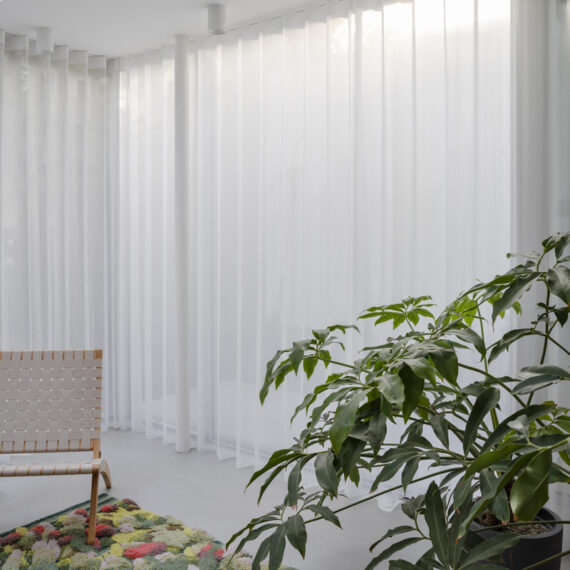 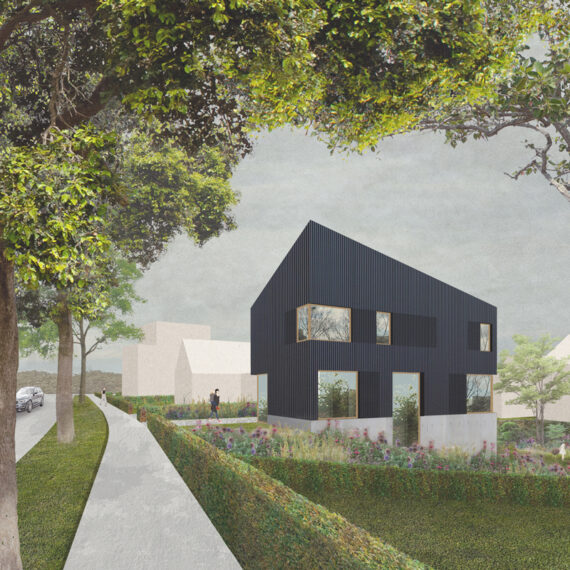 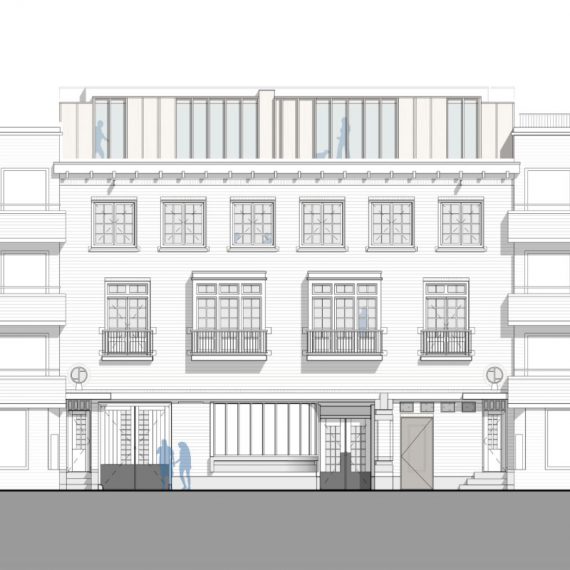 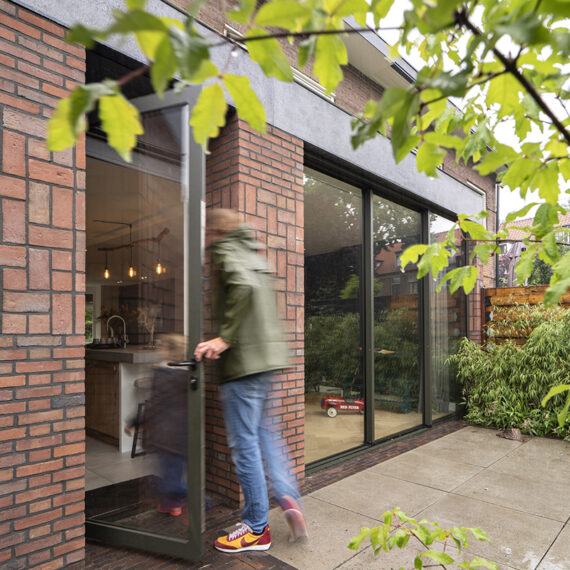